TAB099: What Should Authors look for When Considering Anthologies? 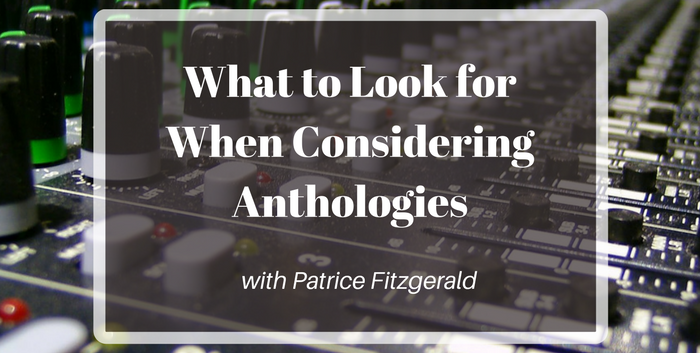 Author Patrice Fitzgerald joins us this week to discuss anthologies.

Do you currently have any work in an anthology?  Have you been asked to submit a story to or maybe to just participate in an anthology? Or maybe, you’ve been in a few, seen some benefits and decided to produce one of your own. 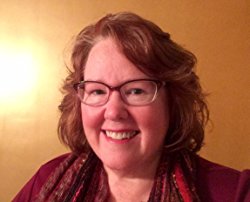 Our guest today is Patrice Fitzgerald.  She’s an indie author with what I think is a special insight into the anthology process. Patrice is a former intellectual property attorney who embraced the indie writing world on independence day, 2011. In addition to her own writing, she’s participated in multiple anthologies and produced several of her own, including one that was just released, MOSTLY MURDER: Till Death, that features short crime stories from several authors, including one from the legendary Lawrence Block.

In this 49 minute episode, we’re hyper-focused on the anthology process, discussing it from the perspective of the participating author as well as the producer slash editor. We also get into things like, why so many attorneys make good authors, her background as an attorney,  and what she needed to “un-learn” from her attorney life in order to embrace her creative side.

In the pre-show, I mention a webinar for Michael Hyatt’s Best Year Ever program, for which the Author Biz is an affiliate. I’ll be setting up a private Facebook Group for authors who want accountability partners to help them achieve their goals in 2017.  You can signup for Michael’s webinar by clicking this link.

– “I’m still an attorney, I just don’t practice anymore… I got so good at it, I don’t have to practice!”

– always wanted to write; was writing even while practicing law – has been writing for 20+ years

– worked for the government

– freelance writing for magazines and newspapers, and online articles 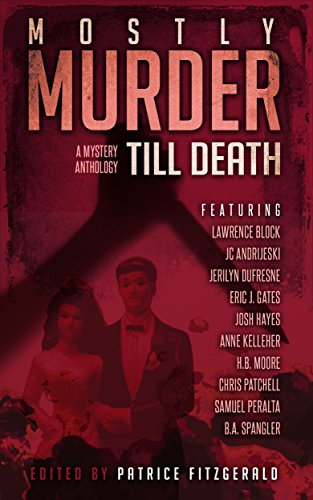 – as a creative writer, don’t have to be as careful about what you say or how you say it – freeing

– contributor of four to six

– so named because not all the stories feature a murder, but most do

– whole variety of settings and ideas

– main author is Lawrence Block, “master of mystery,” who is the author of the last story to finish the collection strong

– different than previous space opera anthologies (i.e. Beyond the Stars)

– created out of a Facebook group, took over for original would-be producer Ernie Lindsey

– called for a vote on title

– read the stories for approval

– Patrice edited the stories herself, for more hands-on

– commission the cover from freelancer

– send out draft of the eBook for writers’ review

– each author receives this once

– she as the producer pays for the editing, the cover, the formatting, etc, + promo work

**Some anthologies keep track of earnings per month or per 60 days, and pay authors accordingly

Why contribute to an anthology?

– fun to be a part of something that breaks through the isolation writers often feel; a lot of trust and camaraderie in Indie field

– contacted by Ernie Lindsey to get him involved

– other authors signed on, excited to be presented alongside him

– his story will help “put this book into the stratosphere”

**Lawrence Block was previously interviewed by a very nervous Steve, and was very nice about it

– special contract with Lawrence Block, as his story is a reprint

– couple of pages reciting  what producer / publisher will do, what the author will do

Advice on signing an anthology contract:

– Authors should not pay producers, unless it’s a boxed set that requires a small fee (for formatting, editing, production, cover, ads)

– TRUST is the most important thing! Even if it’s someone you know, be careful. Check on experience and reputation.

– make sure contract is explicit, that it says what you need to know, and that it’s clear about what you can expect

– don’t give away too much

– beware of long exclusivity periods; getting the rights back to your story allows you to put it in your own anthology

– sci-fi boxed set coming out in June, with 20 full-length novels, available for short-term

– Next volume of Beyond the Stars anthology

Submissions for Beyond the Stars:

– reaching out to authors to ask them to contribute

– authors taking the initiative to write for the anthology

– authors are bound to offer support to the publication (boost on social media, promote $0.99 release price, plug in newsletters, etc) 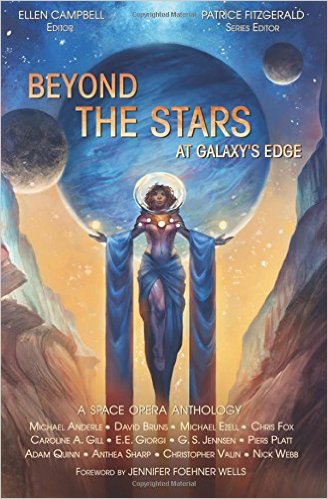 Authors who have been part of Beyond the Stars:

– feature author of two of the last Beyond the Stars anthologies, author of The Legacy Trilogy

Advice for getting into an anthology:

– get on Facebook and Amazon look at who is already in anthologies, and reach out to them

– if interested, ask to be invited to the Beyond the Stars and The Mystery Collective Facebook pages, and submit your work!

Beyond the Stars anthologies at Amazon.com

Thanks to Patrice Fitzgerald for joining us this week!

Please note, Amazon book links on this page are affiliate links. You’ll pay the same price for the books, but I’ll earn a small commission.

Please Note, I am an affiliate for Micheal Hyatt’s best year every program. Purchasing the program through my affiliate links gets you the same great price AND earns an affiliate commission which helps to support the work that I do in producing The Author Biz.