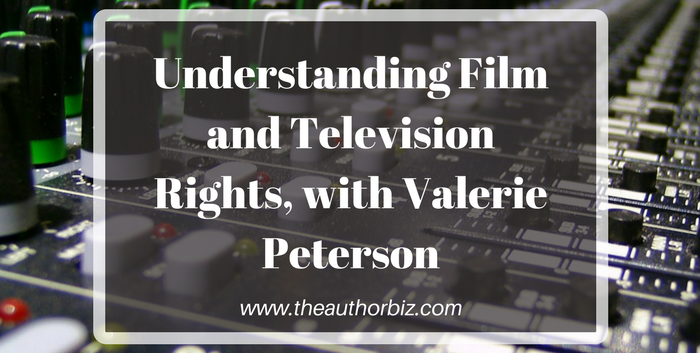 Our guest today is Valerie Peterson, a widely read commentator on the business of publishing, and our topic today is the sale of Film and Television rights for authors.

In this episode, we’ll get into things like what level of involvement should an author expect after selling those rights, what’s working now in the evolving world of Television rights, some of the crazy things going on with the adaptations of some classic books, what you should look for if you’re approached with an offer from an agent or producer and much, much more.