TAB050: A Different way of Running your Author Biz, with Mike Faricy

Author Mike Faricy is the guest in this episode of The Author Biz. 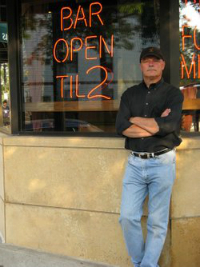 What are you doing to make the most of your author business?

What have you stopped doing because it isn’t working for you?

Today’s guest is mystery author Mike Faricy, and his path to becoming a full-time author took a big step forward when he did two things. He stopped spending time on tasks that weren’t working for him and began focusing his efforts on writing the next book.

After writing five stand-alone novels, Mike hit on the idea for his Dev Haskell PI series, the twelfth of which, DOG GONE, was released earlier this month.

Mike’s path to becoming a full-time indie author has been slow and steady since he began the series four years ago.  What makes it interesting is the direction his path has taken. 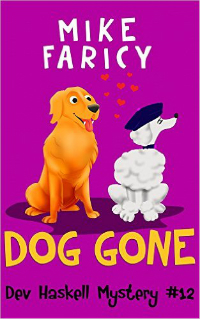 He followed the same advice most authors take for his first few years as a writer.

Then he decided to change his focus to what he saw was the most important thing he could do for his readers.  Write the next book and make it better than his last book.

As you’ll hear in this 51-minute interview, Mike’s focus on writing drives every decision he makes about his author business.  Everything from where he sells his books, to how he uses social media, even the choice of not currently having a website come from his focus on the next book.

If you like what you’re hearing on The Author Biz Podcast, the best way to support the show is to take just a few seconds to leave a rating and/or comment over on iTunes, or through your iPhone. Thanks! (Need instructions for leaving a review? Click here.)